The vision of the MobileCoach platform is to create smart fully-automated digital interventions.

Due to a modular and extendable structure as well as an architecture rooted in the logics and legal claims of open-source software, the MobileCoach lays a fruitful ground for digital interventions in several application domains of behavior change. For example, the MobileCoach can be used to design and evaluate digital health interventions in the context of smoking cessation, nutrition and physical activity and many more.

Based on personal characteristics and prior behavior assessed when participating in a digital intervention, the MobileCoach uses communication services or sensor services (e.g. physical activity tracker) to monitor central indicators of the particular behavior on a regular basis. Building on individual data, MobileCoach users profit from individualized messages and valuable insights motivating for long-term behavior change.

The Web Designer is the main infrastructure for your intervention. We developed a very powerful interface in which you can create your digital intervention. This includes: variables, automatically executed rules, micro-dialogs, push-notifications, sms and many more. Find more details HERE. 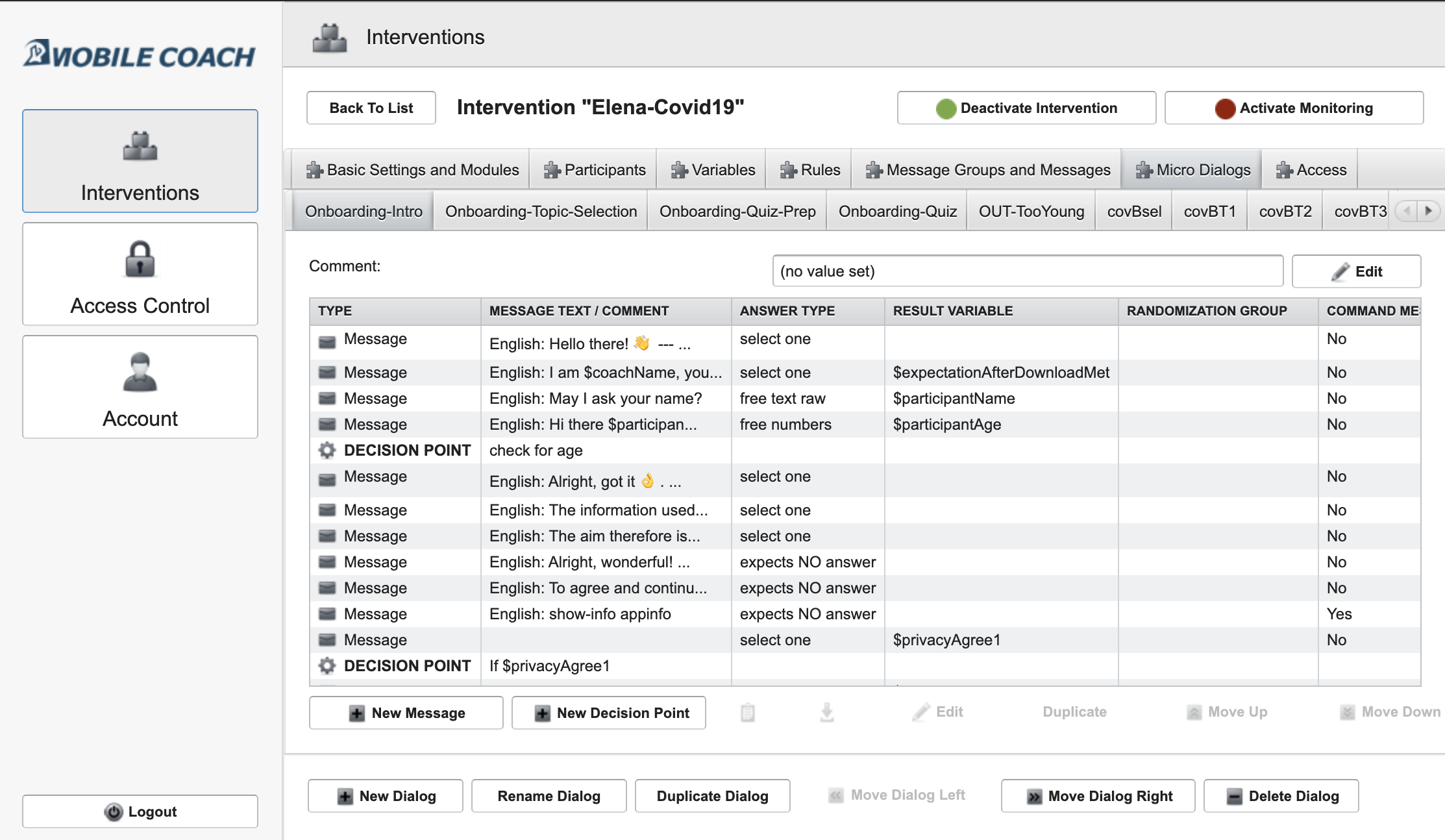 The Mobile App is written in React Native and can easily be deployed for Android and iOS. The main feature is the multifunctional chat, in which the participant can react with the Chatbot. It's also possible to have a second chat channel through the cockpit, this is mostly used for study supervisors or similar. 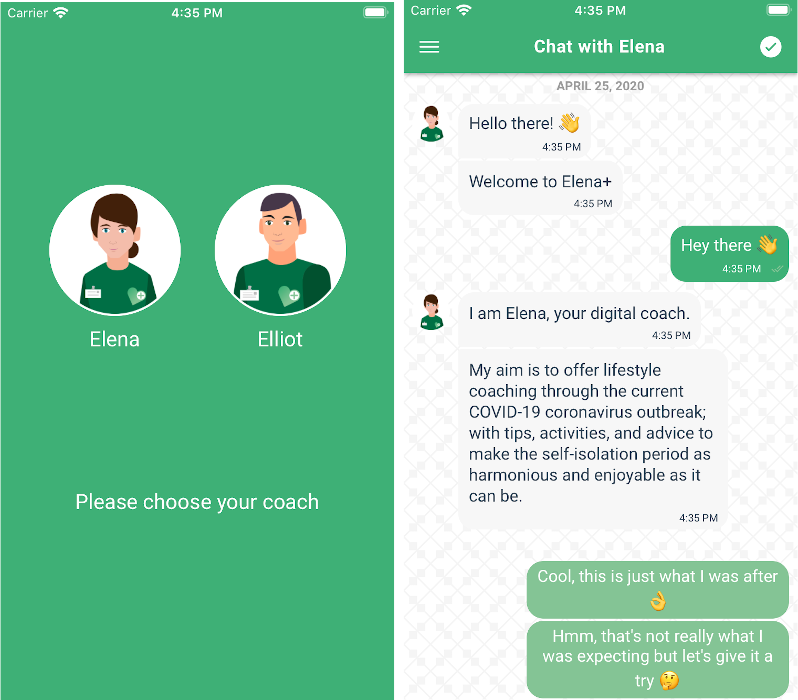 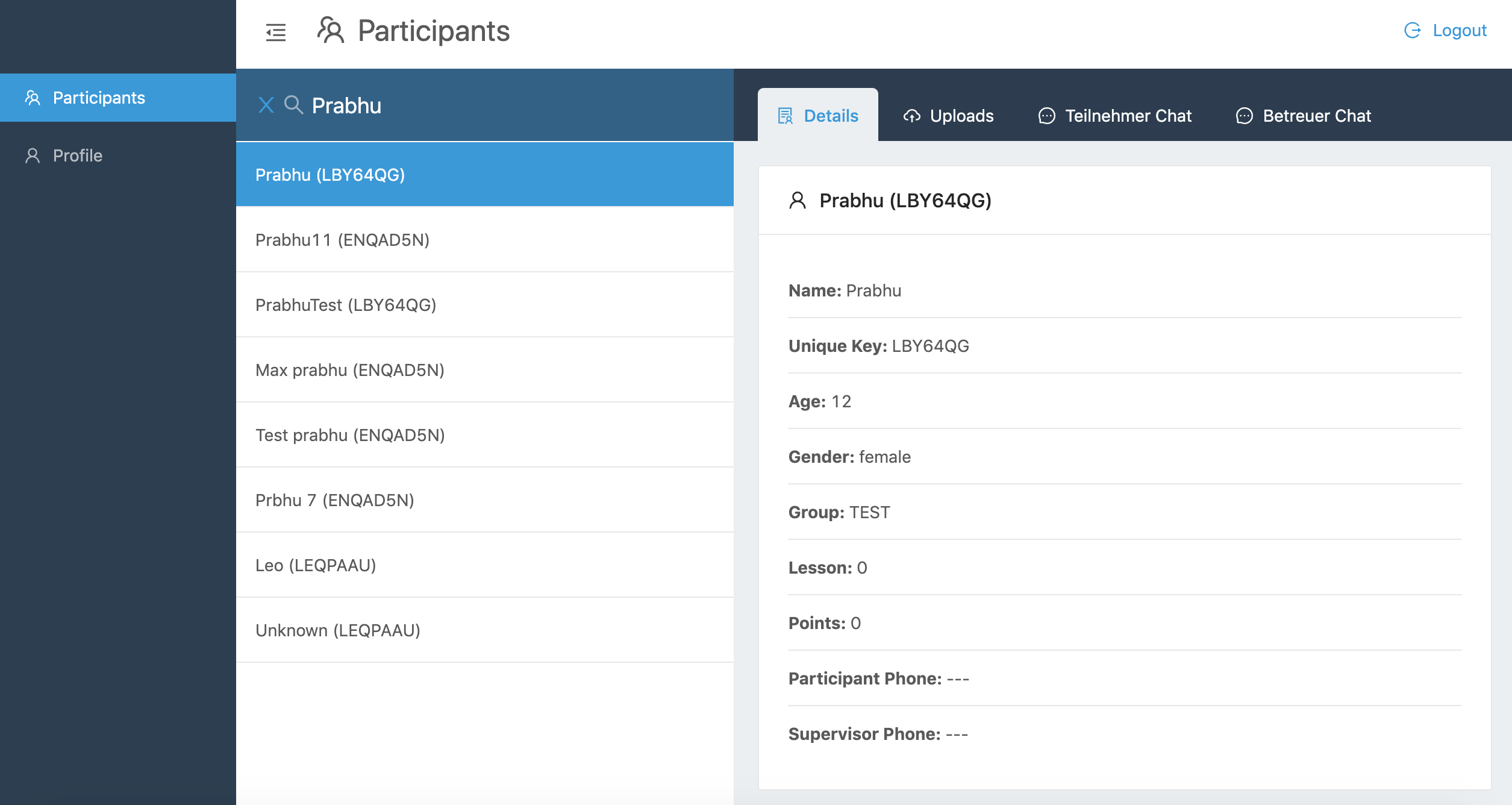